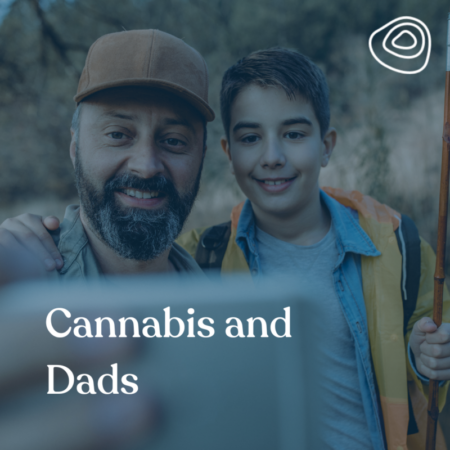 As cannabis consumption has become more mainstream so has talking about cannabis and dads. Cannabis and parenting in general is a highly discussed issue, but the focus is usually on cannabis and moms. There are many fathers who consume cannabis.

The Connections Between Cannabis and Dads

Parents who smoke weed, or consume cannabis in another form, do so for different reasons. Some dads use cannabis as a medicine to treat medical disorders, and other dads who smoke weed do it just to relax.

The list of reasons for why dads smoke weed is a long one.

Fatherly, the leading digital media brand for dads, interviewed 12 dads who smoke marijuana. They shared how smoking weed helps them as a parent. The fathers involved in the survey were from all over the United States.

Some of the reasons these dads smoke weed were about self-care, personal reward, and private-time alone. However, the majority of the reasons why fathers smoke weed were focused around improving their relationship with their children. Although there is no research on this, there is much anecdotical evidence online and in the media from parents reporting how cannabis helps dads and moms.

Talking to your children about cannabis can seem like a difficult conversation, but it’s easy with our tips here.

If you’re a stoner dad, you’re not alone! There are dads everywhere with “dispensary near me” in their search history. There are also many celebrity dads who smoke weed and consume openly.

High Times put together a list of their Favorite Celebrity Stoner Dads. It includes stoner dad legends like Willie Nelson, Woody Harrelson, and Wiz Khalifa, to name a few. All of whom prove you can be a dad who smokes weed and still be a good parent, plus have a successful career.

Now you know how cannabis helps fathers, how cannabis helps parents, and which celebrity dads smoke weed. The connection between fathers and cannabis is a personal one. No matter why you or your dad is consuming marijuana, there are multiple benefits of cannabis for dads.

FAQs Answered in This Blog

Why is My Dad Smoking Weed?

Why do Dads Smoke Weed?

What are the Best Stoner Dad Gifts?

Today, October 6, is World Cerebral Palsy Day, and we want to take this opportunity to raise awareness for cannabis […]

October is Breast Cancer Awareness Month and we’re discussing cannabis and breast cancer. There is no better time to raise […]

What’s the difference between live resin and distillate? If you’re a medical marijuana patient in Missouri, you’ve probably heard of […]